Topaz is the November month’s Birthstone and is available in a wide range of colors from burnt orange to golden yellow to blue, pink, red and much more where blue colored topaz tops the list when it comes to popularity. However, pure Topaz is, in fact, colorless just like a raw diamond. 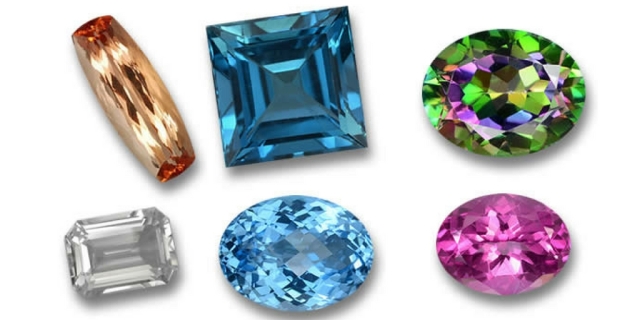 The history of Topaz dates back to the time when Romans found it on a small island named “Topazos” in the Red Sea and hence the name was given to the gemstone. Topaz which means “fire” in Sanskrit symbolizes loyalty, friendship, courage, and wisdom and was believed to curb down strong emotions such as anger and aggression as well as enhance abilities such as strength, happiness, and emotional balance.

Hence, if you are planning to buy this beautiful gemstone then below are some guidelines on what to consider before buying Topaz.

Talking about the most valued Topazes then pink and red is what tops the list followed by orange and yellow where the color and the saturation are the deciding factors for the value of the topaz. Moreover, there are 4 C’s (color, clarity, cut, carat) that should be considered before buying a topaz.

According to the GIA color grading system, a color is made up of three characteristics: hue, saturation, and tone. The elementary hues are red, orange, yellow, green, blue, violet, and purple, where the saturation means the color’s intensity and the tone, means the color’s relative lightness. There are many other hues which are denoted as “sl” slightly and “st” for strongly.

Blue colored topazes are one of the least expensive gemstones in the market where slightly greenish blue to greenish blue is considered to be the top color for blue topazes.

Clarity denotes the transparency of a gem and every other factor that influences the light’s transmission through the gem. Blue, yellow, and colorless topaz is generally eye clean i.e. free of inclusions whereas pink and red colored topaz is probably the ones with inclusions.

When it comes to determining the value of the topaz gemstone, the number of carats is not the only thing that should be taken into consideration. Other factors such as cut, clarity, and color also have to be considered. Topaz gemstones are not that expensive as they are generally readily available. Buyers can easily buy Certified Gemstones Online ranging from 10 to 20 carats where topaz under one carat holds low value.

Topaz is a hard gemstone with hardness number 8 and is resilient to scratches and abrasion. And when it comes to its care and maintenance it should be cleaned with mild soap and water using a soft brush and not under an ultrasonic cleaning machine.

2 thoughts on “Things to consider before buying Topaz”